Following the last release we have continued to add features and improvements to our Motif software. This post includes a short overview of some hightlights, while a full list of changes is provided on our website. 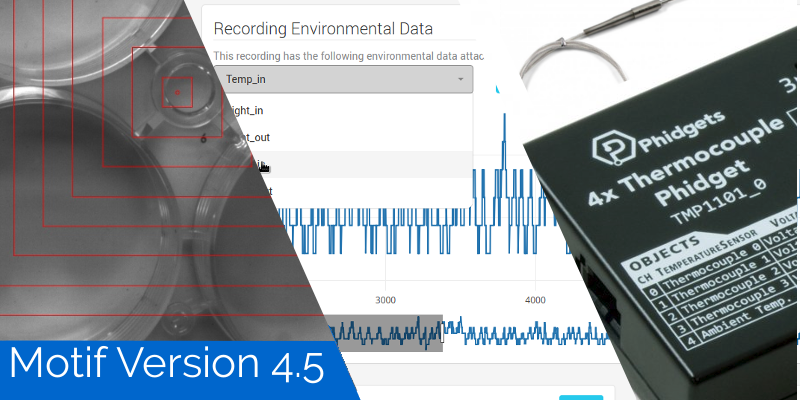 Each and every Motif system receives automatic updates without any extra charge.

We have improved our support for environmental sensors from Phidgets greatly. This means that you can simply connect any one of their 'VINT' series sensors to a Motif system and you can now take sensor recordings automatically, at several different sample rates. Phidgets offer an enormous variety of sensors which can be used to measure various parameters of your experiment while recording video, including;

A selection of compatible sensors

Because we record to our extensible and open imgstore format, all sensor recordings are immediately associated with both the time and framenumber of the video being recorded.

In addition to measuring environmental sensors, we added the ability to switch on or off supported Phidgets outputs, relays and motors. Using our open API you can now, for example, perform tasks like the following

Following on from above, if you have a recording with environmental data associated, this will be immediately visible in Loopy after the imgstore has been uploading or imported. 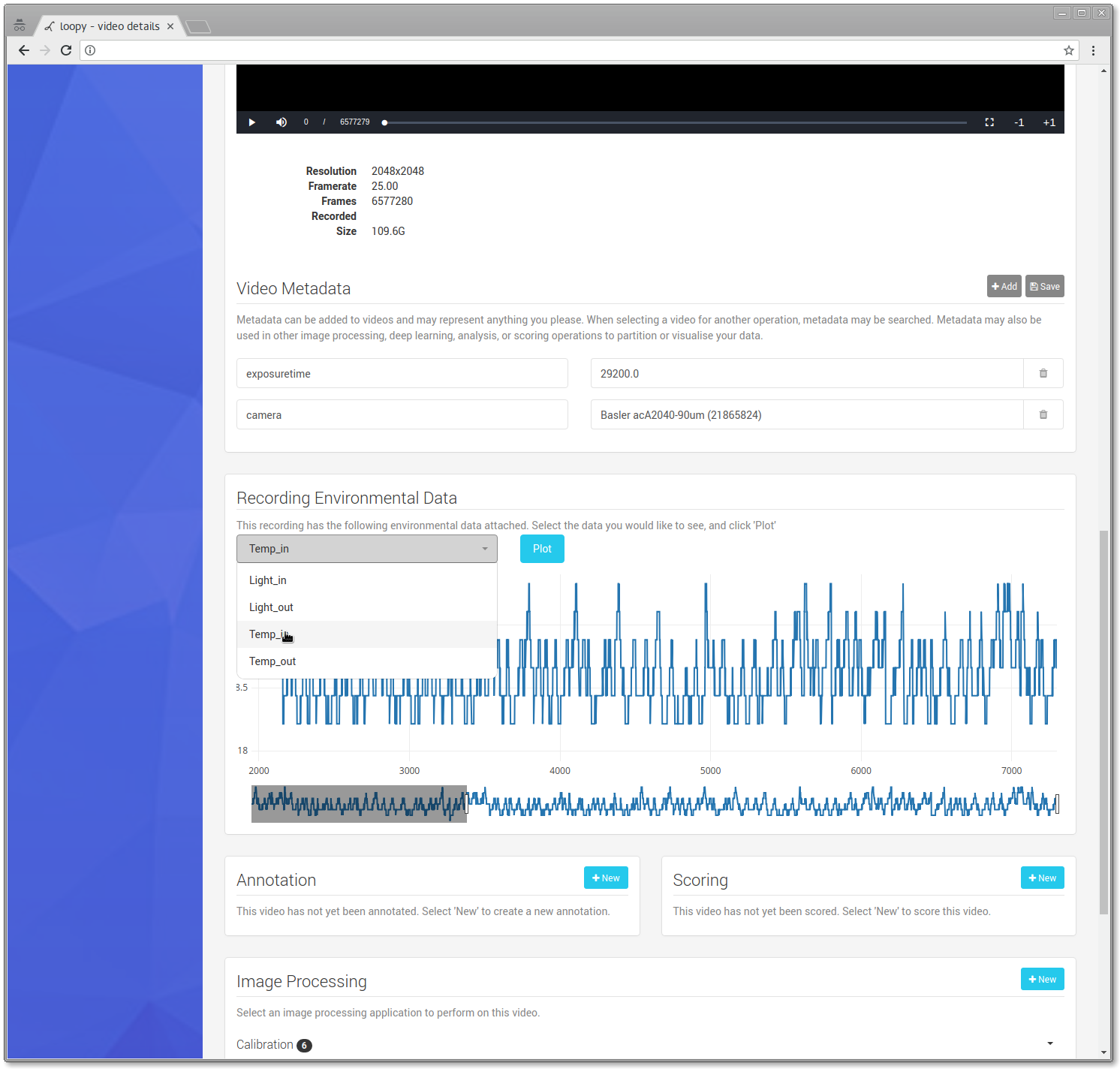 If you are running an on-site version of Loopy, your Motif and Loopy systems can be configured to allow automatic import of recordings after the completion of your experiment. This feature is especially advantageous when both systems are integrated with your IT infrastructure because all video and experimental data is automatically added to your shared and backed-up network storage without risk of deletion or loss. 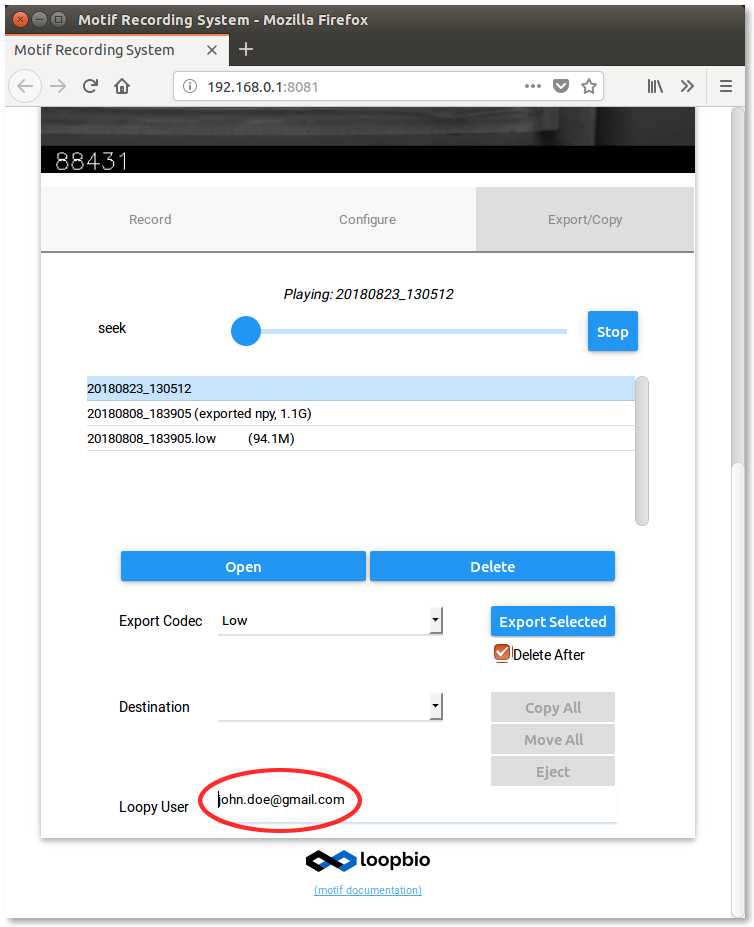 Further descriptions of the powerful integrations between Motif and Loopy will be the subject of a future blog post. 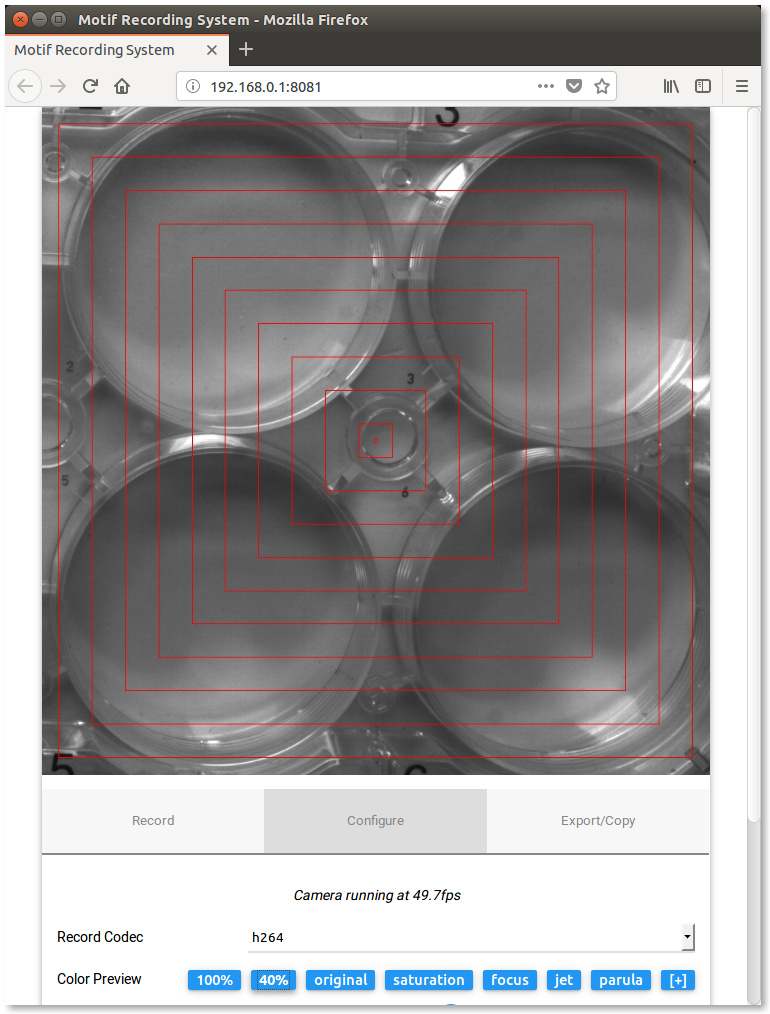 The center of the image is indicated, in addition to concentric bands respecting the aspect ration of the camera sensor.